I grew up in San Diego in the ’70s and skateboarding was everywhere. Of course I wanted the newest skateboard, but I was happy with the secondhand board I got. I instantly fell in love with the 1960s clay wheel, 24” deck made out of oak. With the ’80s came a brand new skateboard. It was a G&S “Pine Design” model purchased from the Pacific Beach Drive store. After that, I got a Joe Lopez deck and I was hooked. In high school (Go LJHS!), I started building boards in woodshop and the beginnings of the Axcelspring™ system were formed. 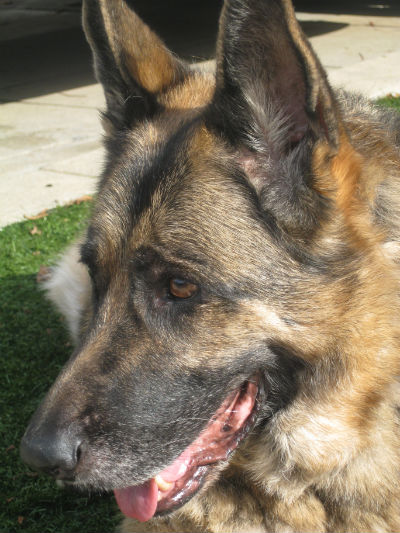 The idea for the Axcelspring™ System really began to take shape in 2003. I was in the basement working on a plywood skateboard and, as usual, my German Shepard, Zaya, was with me. As I reached for a treat to reward her good behavior, I held the bone-shaped biscuit over the skateboard. Its contour gave me an idea. What if there was a way to connect the front and rear trucks of a skateboard?

With that idea in mind, I spent the next four years perfecting the system. I rode all the prototypes myself (with help from a few friends). As I skated, I tested how my ideas improved the board’s performance. After each test I went back to my workshop and applied what I had learned to the next prototype. I am very proud of my final design and I feel that a Griffin Skateboard™ is the perfect balance between form and function.

San Diego was a great place to grow up and I am fortunate to have great sources of inspiration in my family. My uncles, Chuck Hasley, the founder of WindanSea Surf Club, and Del Cannon, owner and designer of dc surfboards, have been tremendous inspirations to me. I am thankful for everyone who has made a contribution to my life and my work. I hope I will have the same kind of influence on the skateboarding industry.

Griffin Skateboards is all about bring skateboards and every thing that has to do with the world of skateboards. What this means is that we want to sell all kinds of skate boards to the people not just long boards or short board but all types. From old School decks or completes to our completes. Also a large line of parts and replacement parts kits for Old School and Old School trucks and New school Stander Trucks and modified trucks Wheels as well as tools. And of course some green built Work Stations and reclaimed completes Skateboards Just making it a little Greener. 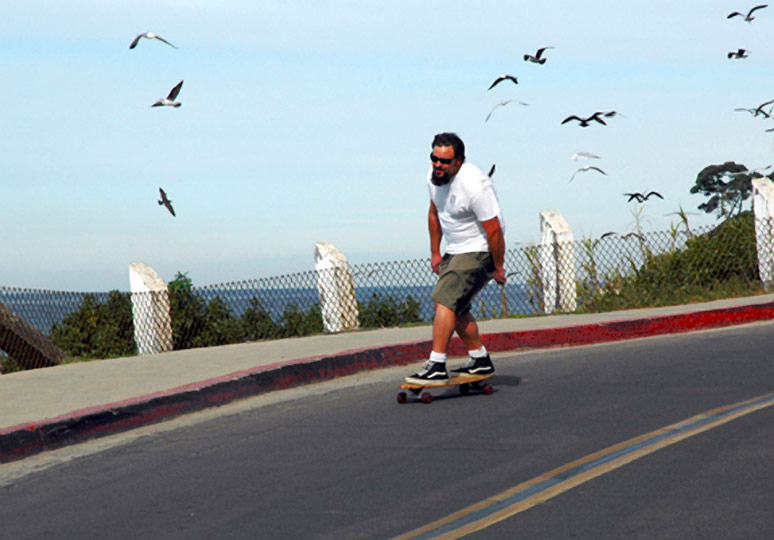 Southern California has become synonymous with surfing and skateboarding culture. Growing up in La Jolla, I was influenced by many of the greats that started it all: Chuck Hasley, Del Cannon, Bruce Brown, Dick Brewer, and Skip Fry, Larry Gordon. It was amazing to have legends living right in my own backyard. Their love of the ocean, artistry, and innovation combined with their zeal for life has inspired generations of kids who are looking to carve out their own piece of history. And it all began with the love of the ocean and the beach.

Chuck Hasley was the founder of the WindanSea Surf Club and was the co-owner, along with surf legend Mike Hynson, of one of the first surf shops in La Jolla–WindanSea Sport. When he first formed the WindanSea Surf Club, in order to compete in the Malibu Invitational, Hasley couldn’t have known what a profound effect he and the others would have on later generations.

Del Cannon, another member of the WindanSea Surf Club was a well-known surf board shaper and film star. He starred in classic surf films such as Barefoot Adventure, Slippery When Wet, Waterlogged, and Surfin’ Shorts.

Bruce Brown was a surf film pioneer whose films have preserved a part of early surfing and skating history. Though some of his earliest films were shot at WindanSea Beach back in 1960, he is most well-known for his documentaries, like Endless Summer 1, 2, and 3. He is a 2009 inductee into the Surfers’ Hall of Fame.

Dick Brewer, a legendary surfer and shaper, gave the local groms a name to use for their skateboard crew, The Cosmic Riders of La Jolla. In the 1970’s, after these groms had seen magazine photos and films of the Comic Riders of surfing, they wanted to use the name for their crew. La Jolla High had some mad hills surrounding it and a good wood shop, which was a great combination for the students that went there. Though Mr. Ecklar, the wood shop teacher disapproved, most of the older students would spend their time in wood shop building skateboards. These students have become some of the most well known shapers of today’s styles and longboards.

Skip Frye, a legendary surfer and shaper, who is perhaps best known for his iconic logo, would let the local skateboard groms (myself included) use his decals on their homemade skateboards. Skip was also the first pro skateboarder for Gordon and Smith Fiber Flex.

Growing up surrounded by such influential surfers and skaters inspired our generation to build on the past, to innovate and push the envelope. It also allowed us to touch a bit of history and see a bit of the past through our fathers’ eyes. 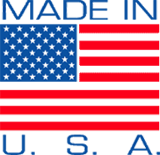